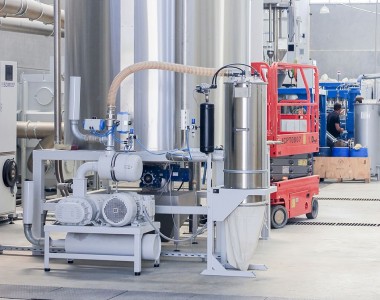 Our shareholder and technology partner Plastic Technologies & Products (PTP) is established In 2002 by a group of chemical scientists and engineers and produced the first batch (200 kg) of R-PET resin using PET-M Technological Process in Prague, Czech Republic. Shortly after that, the first bottle made of 100% R-PET was stretched and blown, thus completing “bottle-to-bottle” transformation. By 2005, the plant in Czech Republic is transformed from a small pilot plant into a modern production facility utilizing “state-of-the-art” technologies such as underwater pelletizing, in-line crystallization, etc. The plant capacity is increased from 400 kg/h to 700 kg/h. PTP Group became the 3rd largest pre-form producer in Czech Republic selling pre-forms with up to 100% content of recycled PET resin.

Since 2007, both PET-M technology and R-PET material has gained recognition among active R-PET users, including major multinational companies. Due to the increased recognition and adoption of R-PET produced by PTP Group, the company has been able to concentrate on resin production only.